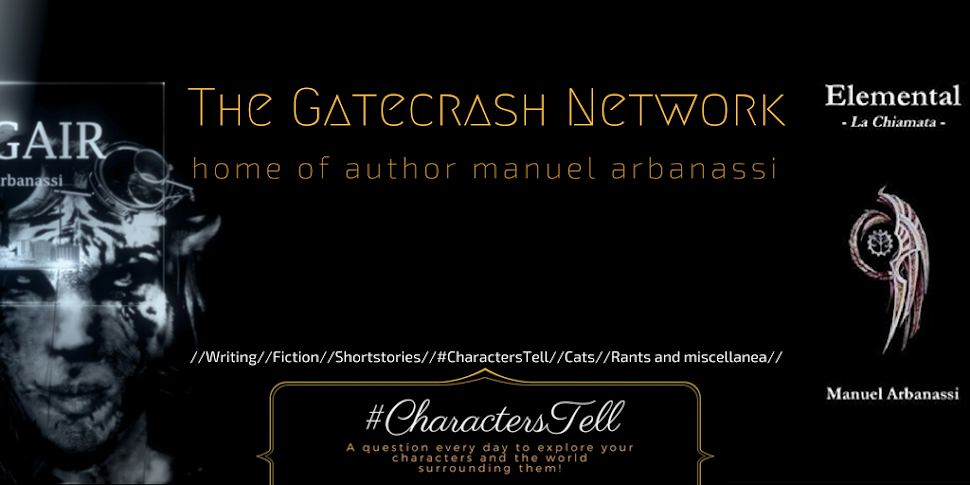 We're in July! The summer heat is getting stronger, but that just makes us here at #CharactersTell want to go on even more!
With the occasional stop by the seaside to cool off. But that's no excuse! Last week a number of things robbed us of our Background Character Interview, but never fear! We're here with a brand new interview with a character from a returning author!

Tonight's interview is with Erina Darklight. She's a lovely woman (albeit a bit on the reluctant side, when it comes of talking about herself...but when she gets going she goes on well!) telling us about her life and how she got marooned in an unknown zone of her planet - in the titular High Fyelds of her novel!

The novel is written by our good friend Mae McKinnon, our dragon wrangler that we met some time ago in a side character interview with Kaheiron, from her novel 'The Damsel and the Dragon' (you can find the interview here!)
You can find Mae on Twitter through this link: https://twitter.com/mae_mckinnon
The book from which Erina comes, High Fyelds, is available on Amazon as well! Go get your copy through this link! https://amzn.to/2NgMGVJ
And finally, she has a website as well, which you can find through this handy link here!
https://dragonquillpublishing.wordpress.com/

But enough with the introductions - let's get to know Erina!

The heat is rising up, people are preparing to go on vacation (and some to go camping!) but we’re still here and running! For this week’s Main Character interview, we have another amazing guest, from a returning author! Can you please introduce yourself, your book and your author to us?

Do I have to? Oh, alright then *grumbles* Some people call me Erina. Some people call me other things - a lot less flattering things. I’m living over in “High Fyelds” at the moment since my author Mae Mckinnon is evil and decided to maroon me there (I was perfectly happy where I was thank you very much).

Damn! That does sound like some extreme form of camping, being just marooned somewhere… Can you tell us where you were before? What was your life before this book?

Oh, I’ve done this and that. You know. But my last little posting was onboard a ship called the “Random Star”. Not big. Not small. Far too many people for my taste. Imagine a large spacehopper leaping between planets - except very slowly - and you’ve got the right idea. Though I had a lot more fun than most...you know, the kind where you do secret things in secret places - sometimes involving secret papers and other times sharp blades and a lot of running away.

It sounds like even before getting marooned in High Fyelds you had quite the adventurous life. How did you end up in that line of work? I suppose finding work on a ship flying between planets, as a…’secret services provider’, doesn’t come easily.

*shrugs* I got bored. Figured I’d see some stars - ok, planets - nothing more. It wasn’t hard. Of course, most people holding down that job didn’t take quite such an … ahem … personal approach to it - I’ve heard.

Personal approach? That makes it sound like you have quite the story to how you handled it… So, now you’re moored. Can you tell us a bit more about the planet you’ve been plopped into?

Not sure I’d call hitting an asteroid “plopped” but each to their own I guess. It’s actually the main planet in the system - it’s just that for some infernal *** reason the bit I landed … err crashed … into doesn’t exist, according to the survey maps anyway. But the rest of the planet is lovely - nice mountains, oceans, a few scattered cities and settlements. Hmm, very space-agey really, the few places that have been developed.

Ohhh! Exploring new lands! Does that excite you, even just a bit? I mean, think about it, you might even end up making this new area take your name! Isn’t that how it works?

I’d be a lot happier if my weapons were working. What use is a blaster if it has no power? Suppose you’re meant to hit the local thingies with huge teeth over the head with it. But with good backup - it would be fun. Always nice seeing new things. And I didn’t name this strange place Darklight for no reason *grins* What’s the point of a name if you don’t use it?

That’s a very good point! Let’s talk about the local population of your involuntary vacation spot… How did they take to you? You mentioned there are few places that are actually developed to the point of space-age, did you have troubles dealing with the locals? Did you manage to interact with them or is there a language barrier?

Haha!! Don’t think I’m gonna have any trouble with the locals - unless they happen to be ghosts. The planet is the same one as the one I used to live on before - it’s just that this particular bit of it doesn’t exist as far as they’re all concerned. They can’t see it. They avoid it, but they can’t see it.

Oh! So it’s a return home for you? Was there some...reason for you to want to avoid it so much that it took a crash landing to come back?

Not at all. The Star stops by regularly - at the civilized, science obeying, sensible places. I just think it’s a bit boring, that’s all.

You did mention a number of very interesting specimens of local fauna with very big teeth and a penchant to do things that require a blaster stock right on the nose. That doesn’t sound very boring - can you tell us a bit about these creatures?

You got that right. The Valley isn’t boring. It’s strange. Strange, but not boring. Now, I’ve got no trouble with dragons - sensible people, but these snarlies. Well, do you know what a warg is? Take that, make them live in a swamp and give them plenty of spines, extra teeth, armoured coats and you’re about half-way there. But we also seem to have lots of strange deer, horses, boars, fish (very tasty fish at that) and rabbits. Blue rabbits. As I said. Strange.

Think about all the fame and fortune you can get by exposing these new species to the more civilized part of your world! It must be incredibly exciting! Or are you not one for these sorts of endeavors? Do you prefer to just leave a discreet note somewhere and let someone else take care of it? Or perhaps you just want to let this place remain an untouched, exotic landscape?

Fortune? Is that some sort of gathering of what you used to call money? I read about that in the history books. Sounded messy, if you ask me. Curious concept, certainly. We’re not big on exploiting living beings if we don’t have to around here - well, not in that old “run in and shoot everything on sight that looks magnificent” style. So yeah, the Valley stays as it is - though I might want to find a more convenient way in and out before I ask anyone to visit. Unless it tries to eat me...

Interesting - so your society evolved to use another system instead of money? Can you tell us a bit about how your current economical system works?

Yikes. What do you think I am? A professor? You might as well ask me how a Q-DEM engine works. I just press the button to go, and it does. Hmm. Well. It works well.

Mmmh. Well, then again there must be a way for you to acquire what you need… or did you use to resort to those ‘sneaky’ ways before you started your voyage through the planets?

Oh - that’s what you mean. You can acquire most things if you’re sensible about it. A lot of things are manufactured by machines that create them from molecules and such, I think, so all your basic needs are catered for. What you choose to do with it, that’s up to you. Lots of folk like making things by hand just for the sake of it. You’re supposed to be “sensible” with resources. And I’m NOT sneaky.

Ahhhh yeah, ok, I get what you mean! And what about this new area in which you arrived? Did you find that same sort of tech, or do they resort to other kinds of trading?

They? They mostly go baaa, or eeep or grrrrr. They’re animals. Nice animals in some cases, but hardly what you’d call tool-using creatures. Hmm, maybe except for some of the birds, if you count twigs. And power doesn’t work here. Electricity doesn’t work here. Everything has to be done some ways so old-fashioned I’ve never even read about them, which is a bummer, seeing as I’m the only one here.

Well, I’m definitely interested in seeing how you handle such challenges! And if you’ll ever return back to tell people about the land of Darklight! But I’m afraid we’re running out of time for tonight’s interview - is there something you’d like to tell our audience?

Interesting is a good word to describe it. Guess we don’t always get to pick our own future. Hmm...how about “Don’t try this at home?” No? Ah, I’ve got it! “When the world throws you a loop, kick it somewhere painful. And if it has lots of teeth and you don’t, prepare to run away very fast afterwards.”

That’s a lovely message indeed! And a very good advice for someone who might be in your same situation… Thanks again for coming! It’s been a pleasure meeting you! Can’t wait to see more of you in High Fyelds!

Well, that was certainly interesting! And as a reminder, this month, the 3rd of July, #CharactersTell will be back in collaboration with #WIPchat! So make sure to come along for the ride!
As always, YOU can have YOUR CHARACTERS interviewed on this blog! Just shoot me a message on Twitter and we'll sort out where to slot your interview!
And with that, I bid you all good day - and happy CampNano to who partecipates! We're all with you guys!!
a July 01, 2018

Wow...well, September has been a bit of an eventful month in RL for me, but we're luckily back to our regular schedule - and not only th... 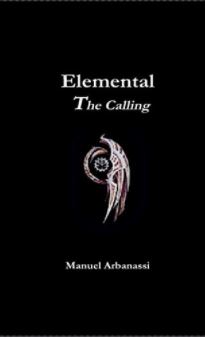 Send me a message there!